I attended the unveiling of the Cambridge Rules 1848 sculpture on Parker's Piece on Saturday 12th May 2018 and was so impressed, that it prompted me to make a contribution to the website.

I was very fortunate to be a student at the University of Cambridge, where because I played football against Oxford in the annual Varsity Match in 1982 ( - in those days it was played at Wembley) I was awarded my Blue. Despite losing, it was a great honour, and one I will never forget. By way of preparation for this match we played a range of teams such as Chelsea FC Reserves, the Army, and Cambridge United Reserves on Fenner's Cricket Ground which is a stones throw (or cricket ball throw) from Parker's Piece.

In addition to the laws of football being first codified in 1848, it was my great great great uncle Francis Phillips Fenner, who because Parker's Piece was often over-crowded with too many cricket matches, and prone to damage, created his own enclosed ground in 1848 - where the University now play their cricket. Frank (as he was known) was a local tobacconist, excellent cricketer and the driving force behind the Cambridge Town and County Cricket Club.

Given my background in football, my links with Fenner, and that I have lived and worked in Cambridge for the last 35 years, I established Cambridge Sports Tours, with the new Cambridge Rules 1848 sculpture on Parker's Piece making an obligatory stop on my tours. 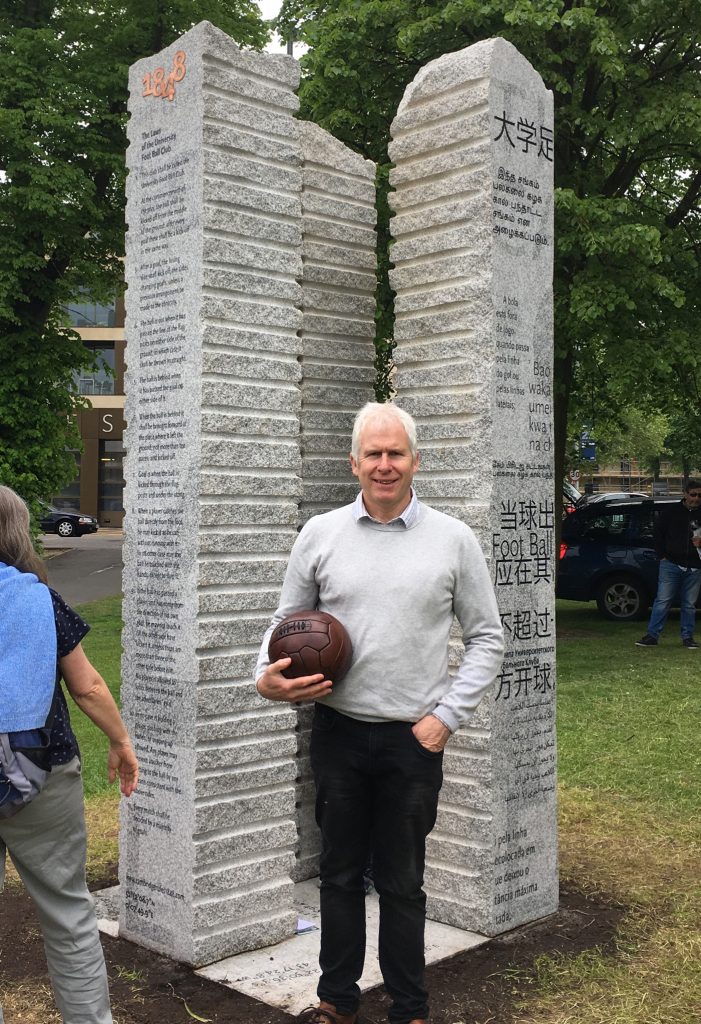