In 1848 a group of students from Cambridge University wrote a set of 11 rules which everyone could agree upon. Nailed to the trees surrounding Parker’s Piece, this was the first time that football as we know it had any formalised laws. It was the catalyst where, from this very specific patch of English landscape in the heart of Cambridge, the game spread to encompass every corner of the world.

Here are the original Cambridge Rules of 1848

The Laws of the University Foot Ball Club

In 1863 the Football Association of England adopted most of these rules and added three more. In an era where the international movement of goods, people and skills had never been so great, this simple game quickly circulated around the world.

Now there is hardly a corner of the globe that has not been touched by football. Every four years the love of this simple game is celebrated with the World Cup, watched by audiences in their billions.

Written in Stone, Interpreted Worldwide, Brought back to Cambridge is a project which intends to celebrate how football is played and enjoyed in every sort of place, by every kind of person in every part of the world. It will acknowledge the part played by Parker’s Piece in Cambridge in the story of the birth of this game. More significantly, it will shine a light on how football has enriched the lives of generations of ordinary people worldwide.

One single large stone cut into nine equal pieces. Each cut face engraved with the laws of the game in numerous languages and fonts. Once cut and engraved, four pieces will remain as a permanent marker on Parker’s Piece. The other five will be sent as ‘tokens of exchange’ to five countries all over the globe, ‘twinning’ Cambridge with the world. The location of each stone is determined by a story which echoes how football spread and how it has grown to encompass race, nation, class and gender. The commission team is working with Street Child United who are helping to facilitate the placement of the stones in locations with both historical and contemporary football stories.

Parker’s Piece in Cambridge is a beautiful large open public space, which has been used for sport, recreation and public events over centuries. Surrounded by mature trees, generations of people have enjoyed the same untroubled view over a very English green space.

But where do you play football?
A dusty street, mountaintop village, city centre park?
What is your pitch and how do you mark it?
Where do you watch soccer and what is your view?
Who is your team and what colours are the shirt?

Interpreted Worldwide will be a vast online archive shaped by you of your experience playing, watching and supporting the game wherever you live. We want you to voice your stories, photographs and film for the people of Cambridge and the world to see and share.

You can make a contribution to the website here

BROUGHT BACK TO CAMBRIDGE

In 2017 Cambridge City Council will unveil the stone marker commemorating the 1848 Cambridge Rules, it will be the physical focus of the commission, cut from a single block.

In addition to this, it is our intention to celebrate Parker’s Piece and its role in the story of football by using the archive material gathered from the worldwide participants of Interpreted Worldwide to curate a temporary exhibition including video portraits, still images, sounds and voices in many languages, installed on Parker’s Piece.

Alan Ward is an artist, designer and collaborator based in Manchester, UK, known internationally for his book design and publishing collaborations with artists.

Born in Johannesburg, South Africa, Neville Gabie did an MA in sculpture at the Royal College London. Since then he has established an international profile working in a range of media from sculpture to film and photography. Alan and Neville have worked together on numerous publications over the last 15 years.

This is the first time they have collaborated to develop and deliver an ambitious and exciting public art commission.

Both Alan and Neville are also used to spending their weekends in the stands supporting their respective football teams. Alan Ward has followed Norwich City since the early 1970s and continues to follow their progress with his son Seb travelling to every away game. Likewise Neville has been a Liverpool fan since listening to them lose the 1971 FA Cup final. However for the last nine years he is more likely to be seen on the terraces supporting non-league Forest Green Rovers.

Cambridge Rules 1848 has been commissioned and funded by Cambridge City Council. The work is due to be installed on Parker’s Piece in Autumn 2017.

In 2013, it was the 150th anniversary of the Football Association Rules and Cambridge City Council sought to commission an artist to make a proposal for an artwork, which celebrates the ‘Cambridge Rules’ and acknowledges the important role that these Rules played in establishing the Football Association Rules in 1863. It is also important that this commission signifies the importance of Parker’s Piece as the birth place of football both not only within the City of Cambridge, but both nationally and internationally.

Carina O’Reilly, Executive Councillor for City Centre and Public Places, said, “It’s great for the council to be part of this celebration of football, and that ordinary people will be central to the project. It’s a people’s artwork to celebrate the people’s game.”

This project is partially funded by Public Art S106 Developer Contributions, which have been secured specifically for the delivery of public art projects in accordance with the City Council’s Public Art Policy. 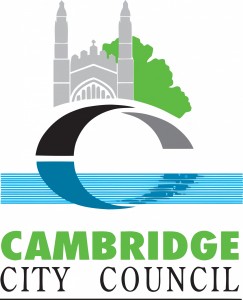 Street Child United will be assisting in translation of the rules, and aiding the logisitical elements of placing the pieces in each location selected. Their partner projects will also be sharing their stories of football in their locations all across the globe.

John Wroe, founder & CEO of Cambridge-based charity Street Child United, explains why a sculpture originally commissioned for Parker’s Piece will tell such an important story of football’s power for good across the world.

Living in Cambridge for the past 30 years and knowing the history of Parker’s Piece, it is fantastic that this art commission will connect Cambridge and places like Penha in Brazil through wonderful stories like Drika’s love of football. The sculpture will be in both places for ever, and that fills me with a huge amount of pride. 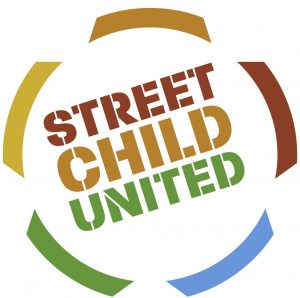 The National Football Museum exists to explain how and why football has become ‘the people’s game’, a key part of England’s heritage and way of life. It also aims to explain why England is the home of football, the birthplace of the world’s most popular sport. It is therefore delighted to be supporting this innovative commission around the first written rules of the game.   www.nationalfootballmuseum.com 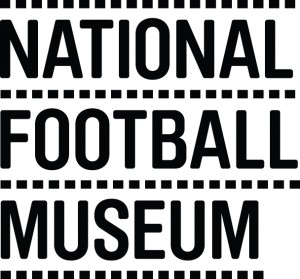 BBS are a privately owned company who specialise in the sourcing, manufacture and provision of natural stone products. The company has developed to be one of the leading suppliers in the hard landscaping field and has been involved with many prestigious projects including Regent’s Place, London and St. Andrew’s Cathedral, Glasgow.

Ben East will be handling all press and pr aspects of the commission with the artists, with a particular eye on editorial content. He is a Manchester-based journalist, editor and writer. He’s travelled to watch and write about football all over the world, but his own personal centre spot is Carrow Road, Norwich.  beneast.com

For all press and pr enquiries, please address them to:

Leanda Ryan is responsible for building and maintaining the Cambridge Rules 1848 website. She is a Manchester-based designer and developer who specialises in front-end development and responsive websites, often for the arts and cultural sector. Leanda has fond memories of her 90-year-old nana’s David Beckham fridge magnet.