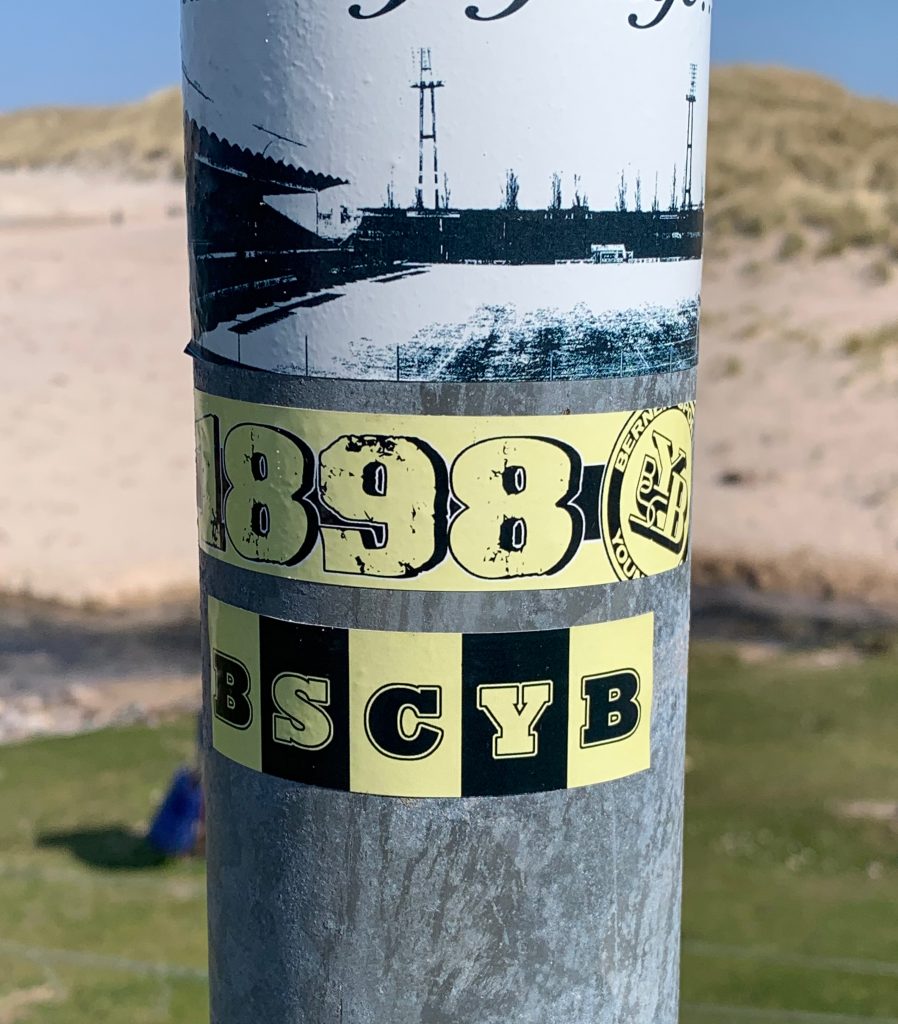 Three football stickers found on a sign-post in the far reaches of the north of Scotland, from Young Boys of Bern. But as there isn't a Bern entry so far we have added it to the map in Switzerland.

Since 2005, Young Boys has played its home matches at the Stade de Suisse Wankdorf in Bern. The stadium seats 31,783 spectators and is the second largest football stadium in Switzerland, after St. Jakob-Park. The construction cost of 350 million francs, which was more than any other building in Switzerland. Officially, there are only stadium seats, but standing tickets are also sold.

The name arises from the fact that the Stade de Suisse acts as a National Stadium. As one of the few stadiums with artificial turf, however, matches are rarely held there. For UEFA Euro 2008, a natural grass field was to be laid as three group stage matches took place there.

The stadium is also the largest stadium-integrated solar power plant in the world. On the roof of the Stade de Suisse are enough solar cells to generate 700,000 kWh. This seems rather a high figure and would require approximately 300,000 square meters of panels i.e. 30 hectares. The electricity powers the stadium and some houses around the Wankdorf area. Just below the playing field is one of the largest shopping centres in Switzerland and a parking facility with over 700 places. (wiki)