After the final whistle a man I have known since he was a primary school friend of my sons, stood crying uncontrollably in front of me. ‘If I am such an emotional wreck after a football match, what will I be like when my first child is born in a few months time’ he asked me.

Such are the joys after 125 years of trying, of finally seeing our little non-league football club join the ranks of the English Football league.

Forest Green Rovers are perhaps better known for being a fully Vegan football club – no burgers here mate! For being the first fully organic football ground, being sponsored by Sea Shepherd, or because of our rather bizarre owner, Ecotricity’s Dale Vince. But having stood on the terraces through many of the dark years of near relegation, or the ‘nearly years’ when we did not quite do it, witnessing three moments of sublime football which won us promotion made having to take my own milk to home matches [because I cannot stand oatmeal milk] a very small price to pay.

As wonderful as Wembley was, outnumbered by the thousands of Tranmere Rovers fans, for me the moment I will treasure most was our last home match when we beat Dagenham and Redbridge to get us there. On a hot late spring afternoon and after the final whistle, everybody and I mean everybody from the players, manager, police, fans of every age, ran out onto the pitch and for a good 30 minutes wandered around in a daze savouring our special moment and very special little football club. 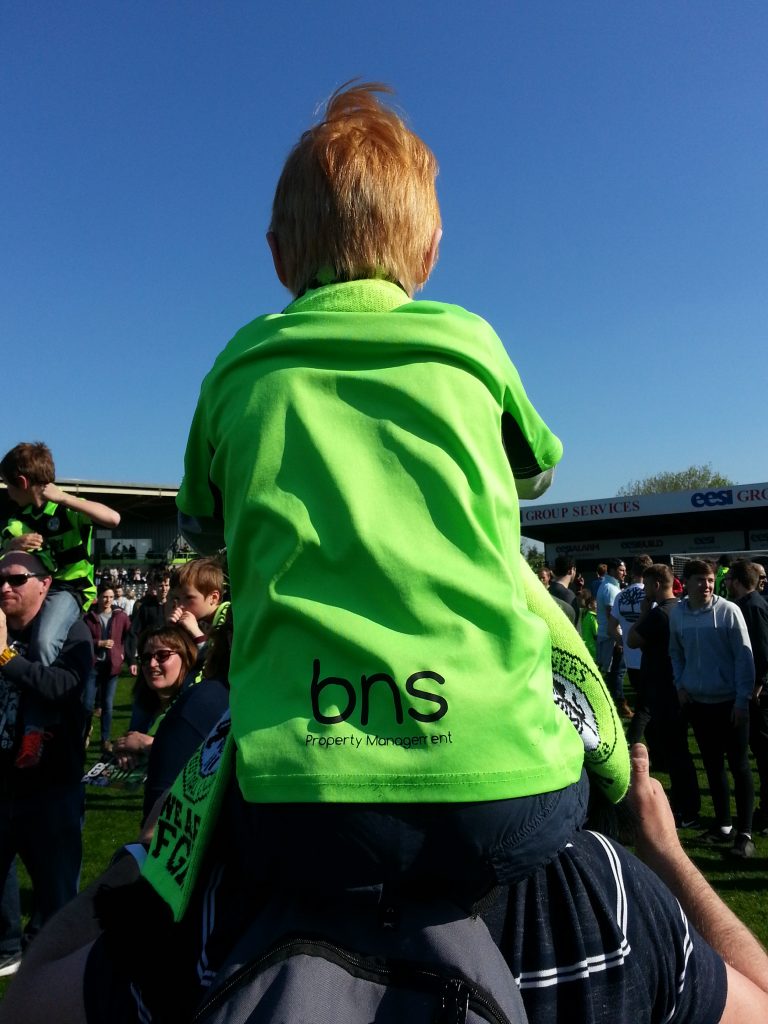