Interpreted Who do you play football for or support? • Gaiman, Argentina 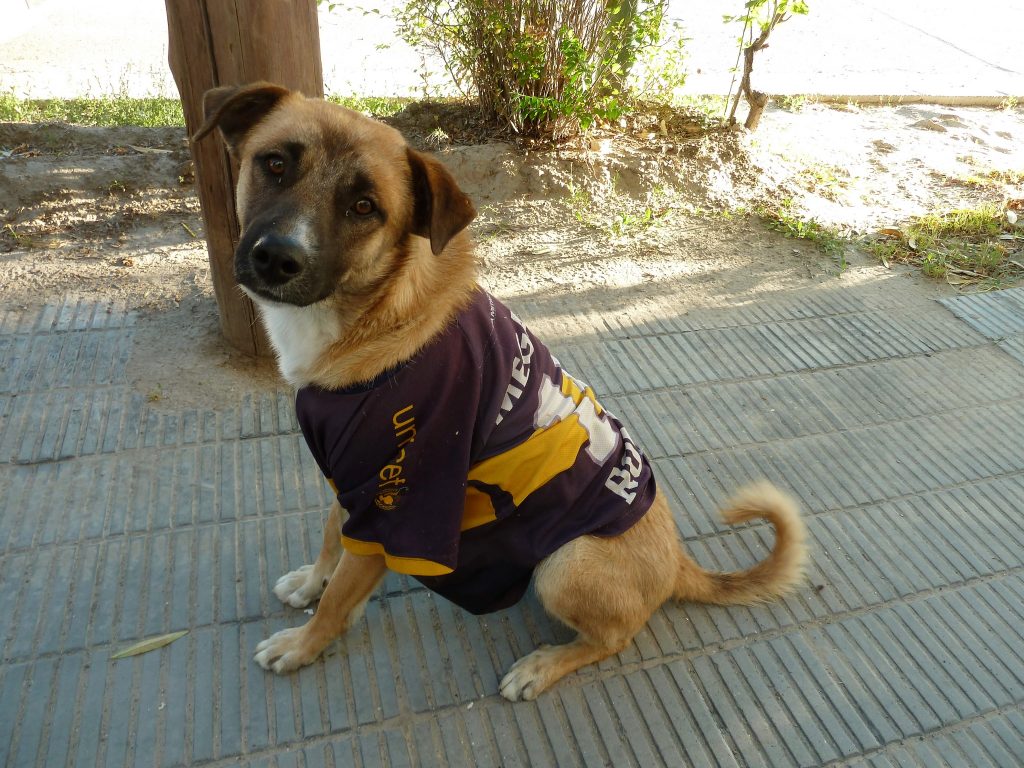 This is Pompom, who we found wondering around Gaiman - a Welsh settlement town in Argentina. Pompom, obviously a supporter of Boca didn't tell us much, but one thing we found out was that the team was created by a group of port workers in Buenos Aires and they decided that the team would take the colours of the first ship entering the port that day... it was a ship from Sweden, and for that reason the colours of Boca Juniors are blue and yellow.