Interpreted Who do you play football for or support? • London, United Kingdom 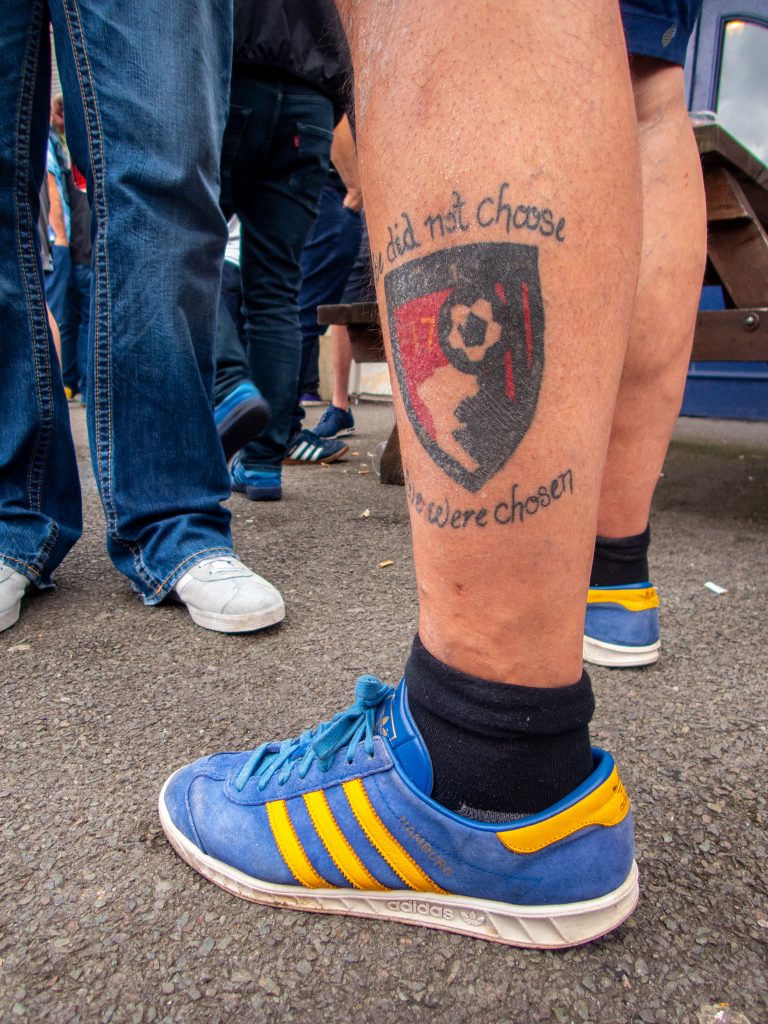 There’s no day like an away day and they’re the only footballing days I do. I support AFC Bournemouth but live in central London so I’m pretty much half-way to an away day already. I can currently journey to six clubs on my travel card and two of them I can casually walk to. There’s more edge to an away day. If you listen carefully at Bournemouth home games, just after we’ve scored a goal, you can hear blankets plopping to the floor. It’s not clapping you can hear but the unwrapping of sandwiches, probably egg. When I first went to Bournemouth games in 1988, I’d go in the away end. One week it would be with Manchester City fans and their inflatable bananas. A fortnight later I’d be boing boinging along with West Bromwich Albion fans. When the season finished, I realised I’d developed an affection for the red and black of the home team. The first away day of the 2019/2020 season is always a day of hope and we were hopeful of beating newly promoted Aston Villa. This photograph was taken at the Beaufort Arms pub where the Bournemouth boys were meeting up, 11 miles north of Villa Park. I don’t have club tattoos or wear club colours so I have to photograph fans that do. My wardrobe is trapped in the 1982/83 season of football terrace Casual culture, Adidas trainers and Fila tops particular favourites - I couldn’t afford them as a kid. It turned out to be the perfect away day, police escorted us on to the train to the ground, Bournemouth were one nil up after a minute through a Josh King penalty, Harry Wilson made it two on his debut after 12. Villa scored in the 71st minute to set up a tense finish. The sun shone and the pies were moist. Up the Cherries!