Interpreted Where do you play? pitch markings, goalposts and surfaces • Caye Caulker, Belize 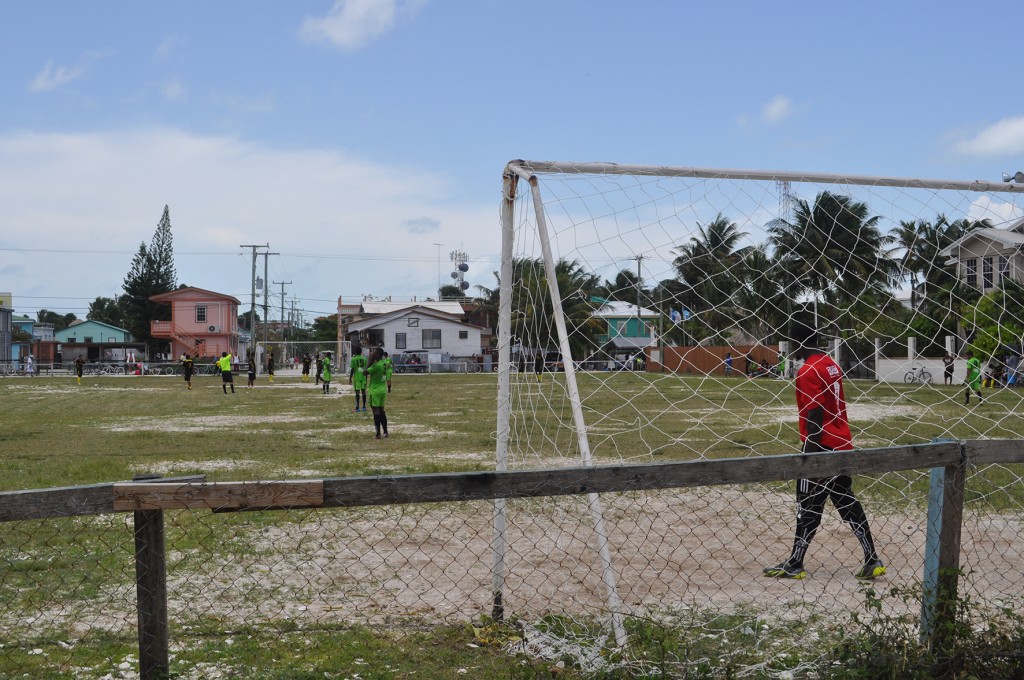 A pitch on an island in the Belizian Cayes - Caye Caulker
The pitch was mostly sand and crushed shells with a bit of rough grass, the players played 3 x 20 minute halves because it was so hot! There appeared to be 3 teams playing a little tournament. Some of the players also seemed to be sharing boots. One team was sponsored by a local grill and bar, who had set up a bbq behind the far goal and had a loud sound system playing carrribean reggae, you could hear and smell it from our end where we sheltered under trees from the baking sun, it was a very relaxed vibe!