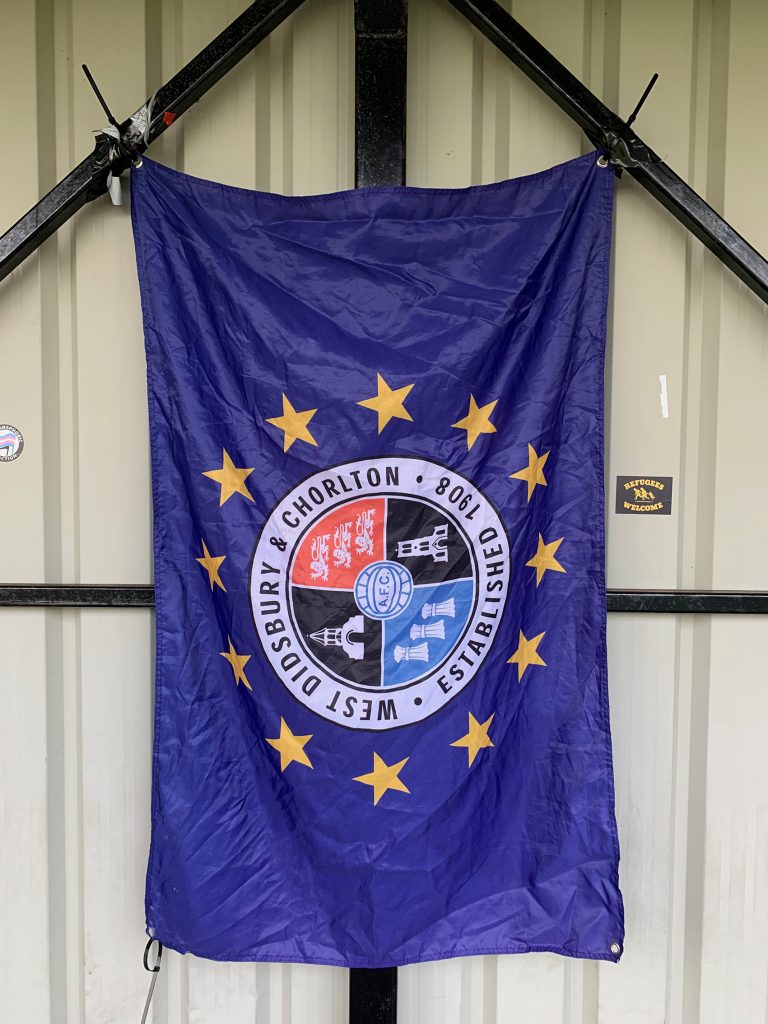 West Didsbury and Chorlton FC
One of the hipsterist clubs I've ever been to. It's all done in the best possible ironic taste!
They sing 'Hummus, hummus hummus… quinoa, quinoa, quinoa' to the tune of 2 Unlimited’s 'No Limit' rather than any sort of abuse being hurled at opposition fans.

Another favourite, sung to the tune of 'Lord of the Dance', is:

West, West, wherever you may be,
We eat hummus and celery,
We don’t eat meat, we love broccoli,
We’re Chorlton and West Didsbury!

Their hardcore support in inverted commas are the Krombacker Ultras, but they're are more likely to be discussing Brexit and the referendum.

Their celebrity fans are the Dutch Uncles band, who are known to serve behind the bar in the beer tent.

It's a great way to spend an afternoon, a beer and local football.