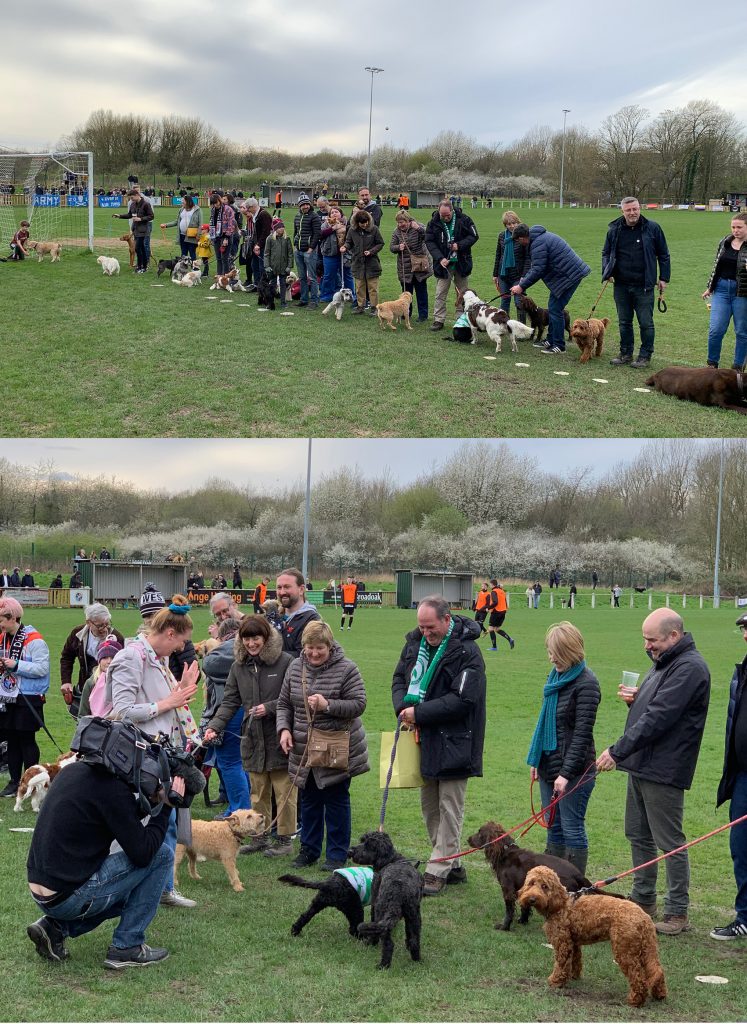 23rd March 2019 | Non-League Dogs Day | West Didsbury and Chorlton FC
WD&C FC dedicate a match to dogs! 58 dog owners brought their pooches to the match, and paraded them at half-time. A supporter from Biggleswade and his dog won the light-hearted dog show in the Manchester suburbs. WD&C FC drew 2-2 against Padiham in a basement battle in front of a crowd in excess of 500.
@nonleaguedogs #Dogs #Non-league #Non-league Dog Day

What connects Jimmy’s and the game of football?