Interpreted Where do you go to watch football? • Middlesbrough, England, UK 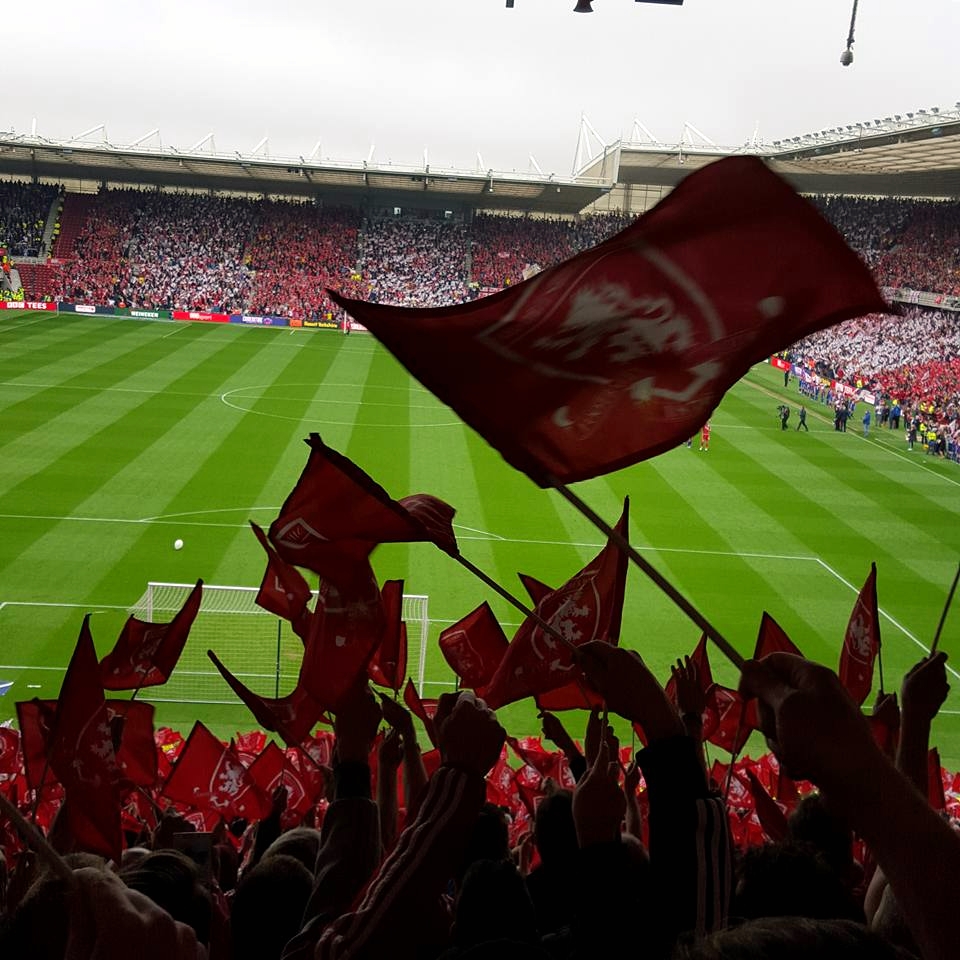 May 7th 2016 - Middlesbrough v Brighton and Hove Albion
Minutes before kick off.
This was a rare moment of intense emotion and support for our cause, as experienced from my seat in the North Stand at the Riverside. When after a season of ups and downs, stresses and strains, victory as well as disappointments, the team now stood on the edge of promotion to the Premier promised land.
It was down to one last match, a shoot out between Boro and Brighton for the last remaining promotion place. But crucially we only needed a draw against our opponents in this the last fixture of the season. Our opponents Brighton and Hove Albion had to beat us.
To do our bit, become the twelth man, the whole crowd came together daubed in Boro red and white, flags were placed on chairs by volunteers and then hoisted high before kick off in a show of intense. This was intense. This was battle lines drawn. This was raising the walls of Fortress Riverside. This was high noon. This was everything that football should be about, the passion, the community coming together, the home team support. All in this together.
Result - Middlesbrough 1-1 Brighton and Hove Albion - PROMOTION - cue a massive celebration. UP THE BORO